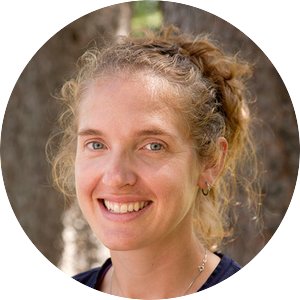 Rachael assists with implementing forest research by applying treatments and collecting data; she also helps with forest management through stand inventory, regeneration and protection. Her other important duties include tours, camps and other education and outreach activities.

Rachael grew up near the northwest corner of the CFC and has been involved with her family’s timber-harvesting and processing operation for as long as she can remember. Rachael holds a B.S. in Biology from Northland College in Ashland, Wis., and a Post-Baccalaureate Teaching Certificate from Western Governors University in Salt Lake City, Utah. She has worked at the CFC in various positions including buildings and grounds, as a forest technician and research technician. Between positions at the CFC, she has experience in the western United States fighting wildland fire and as a hatchery technician.